What if Age is Nothing but a Mind Set 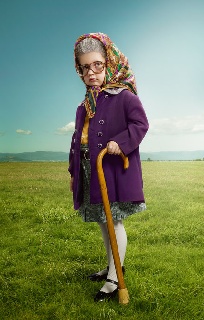 …    The subjects were in good health, but aging had left its mark. “This was before 75 was the new 55,” says Langer, who is 67 and the longest-serving professor of psychology at Harvard. Before arriving, the men were assessed on such measures as dexterity, grip strength, flexibility, hearing and vision, memory and cognition — probably the closest things the gerontologists of the time could come to the testable biomarkers of age. Langer predicted the numbers would be quite different after five days, when the subjects emerged from what was to be a fairly intense psychological intervention.

Langer had already undertaken a couple of studies involving elderly patients. In one, she found that nursing-home residents who had exhibited early stages of memory loss were able to do better on memory tests when they were given incentives to remember — showing that in many cases, indifference was being mistaken for brain deterioration. In another, now considered a classic of social psychology, Langer gave houseplants to two groups of nursing-home residents. She told one group that they were responsible for keeping the plant alive and that they could also make choices about their schedules during the day. She told the other group that the staff would care for the plants, and they were not given any choice in their schedules. Eighteen months later, twice as many subjects in the plant-caring, decision-making group were still alive than in the control group.

Read more of this article in New York Times Magazine